Bling, Inc. is a Growing Fashion Empire Based in Scott County, Kansas 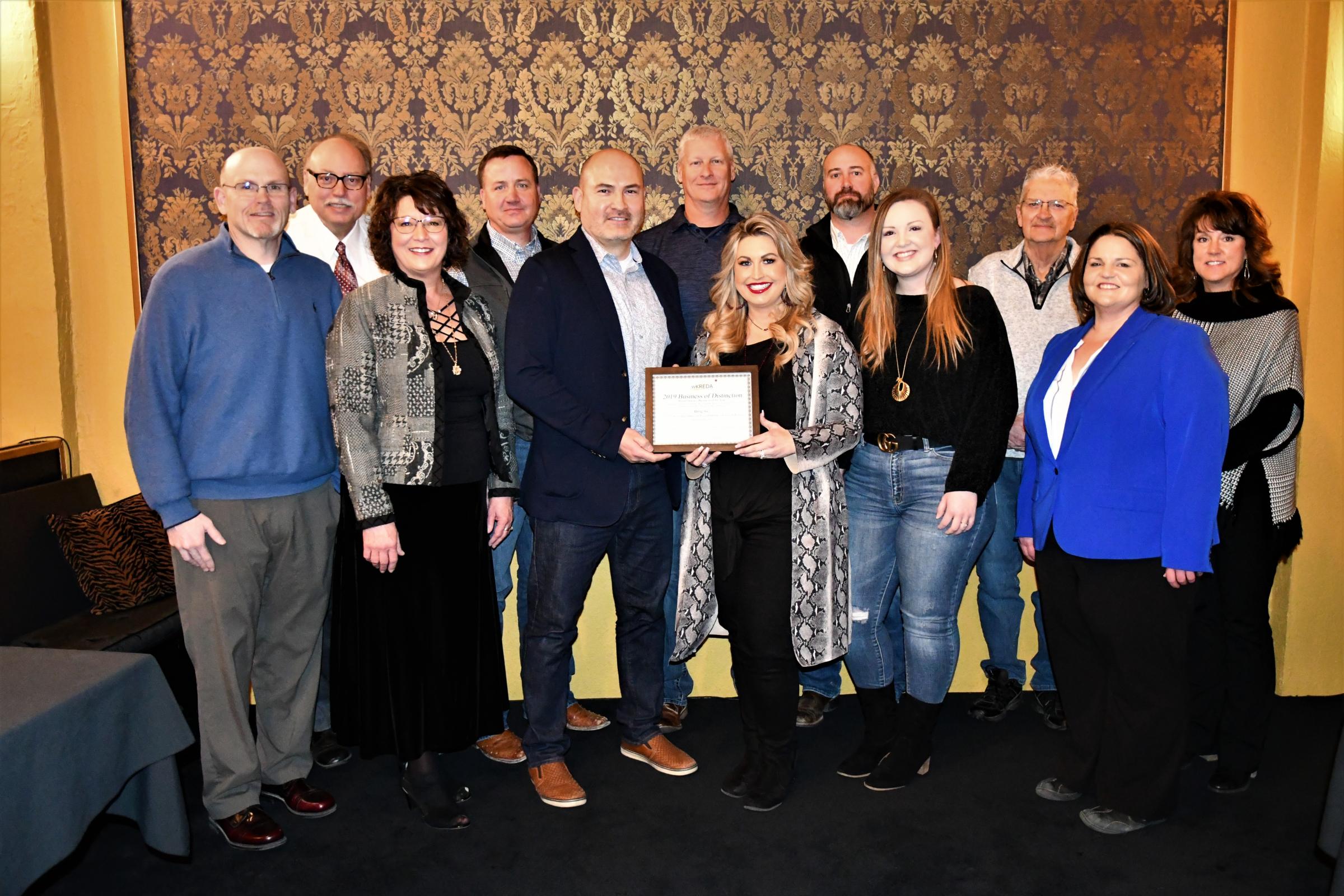 Scott County Development Committee nominated Bling, Inc. for wKREDA’s Retail/Service Business of the Year award. Bling, Inc. is a fashion-forward retail brand based in Scott County with 11 locations throughout the state of Kansas and Nebraska. They sell women’s clothing, accessories and footwear online and in stores with locations in many of Western Kansas’ charming small towns like Scott City and Hays.

The company began in 2008 with only $500. At first, they sold fashion accessories from their basement but soon, Nicole and Mark Campos began to expand the company. They have done so without acquiring debt, something that has further enabled their remarkable growth.

As the company has grown, they have reinvested in the business and also in the community. For example, they are a partner to House of Hope, an orphanage operated by two former Scott Citians.

Bling, Inc. has been recognized for their exemplary leadership and innovation. In 2012, they were named the Kansas Women Owned Business of the Year.  They also won awards from the Kansas Department of Commerce and participated in two Phases of Economic Gardening as a pilot through Network Kansas.

Why Bling, Inc. Exemplifies the Spirit of wKREDA

Nicole and Mark Campos are creators and innovators who took a speck of an idea and only $500 turned their idea into a thriving business that has now expanded throughout Kansas and into Nebraska. There is a common perception that Kansas is “country” and that’s it. Businesses like Bling, Inc. prove that there is much more to Kansas than fields of grain. Kansas is home to innovators, creative types, entrepreneurs, dreamers and doers – people like Nicole and Mark Campos.   Towns like Scott City possess a uniqueness and synergy when people choose to invest their entrepreneurial efforts within them. Scott City credits Nicole and Mark for bringing a little “bling” to their beloved community!

Fairleigh Corporation Has Made a Lasting Impact on the Cattle Industry

Sep 28 2019
Fairleigh Corporation was nominated as wKREDA’s Agriculture Business of the Year award by Scott County Development Committee. The Fairleigh family of companies has been integral to Scott City’s growth and success throughout the years. Their businesses have included Fairleigh Feed Yard, Fairleigh Ranch, Fairleigh Trucking, Scott Pro, Inc. and ...Continue Reading

Aug 13 2019
WICHITA, Kan. (AP) — A government report says Kansas farmers are expected to harvest 810 million bushels of corn this season. The National Agricultural Statistics Service also reported that this year's corn crop in Kansas is expected to be 26% larger than last year's production. The agency says about 1...Continue Reading