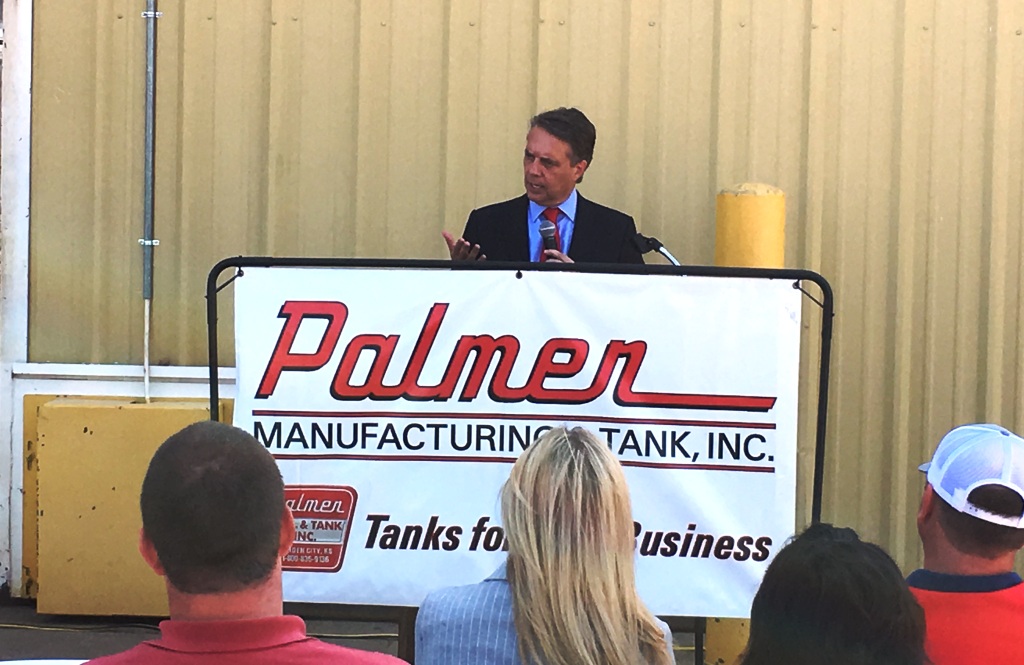 This story originally appeared on Greater Garden City.com on 8/7/18, written by Scott Aust.

Gov. Jeff Colyer stopped in Garden City on Tuesday morning at Palmer Manufacturing and Tank, 2814 W. Jones Ave., to celebrate and congratulate the O’Brate family for reacquiring the company, a deal that was announced last week.

“We just want to say thank you for all that’s happened here in Garden City in bringing Palmer back into the fold and to build their business again. Did you kind of miss them a little bit, Cecil?” Colyer said.

Acquired by Cecil O’Brate in 1966, Palmer Manufacturing and Tank was sold by the O’Brates to Worthington Industries in 2013. The company makes steel and fiberglass tanks and processing equipment for the oil and gas industry.

Steve O’Brate, Palmer Manufacturing general manager, said the company started with six employees in 1966 and had about 200 when it was sold to Worthington. Currently, there are about 100 employees but the company plans to grow toward that 200 employee level within three years.

Visit Greater Garden City's website for the rest of the story.

Sep 21 2018
This story originally appeared at Greater Garden City.com on 8/14/18 and was written by Scott Aust. Backyard grill masters are in for a treat soon in the form of the newest addition to downtown Garden City. Klaus Wood Pellets, 401 N. Main St., will be a barbecue specialty store that focuses mainl...Continue Reading 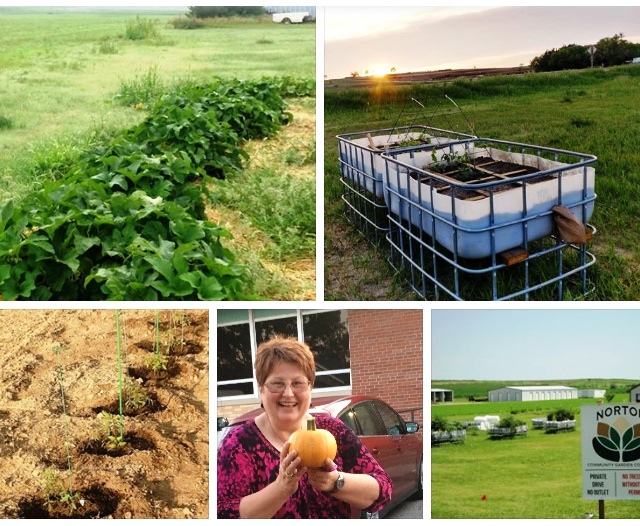 Sep 21 2018
Norton PRIDE was organized in the fall of 2016 following a First Impressions review of the Norton Community which reflected both positive and negative attributes of our Norton Community.   Since it's inception as a Pride Community, and part of the Kansas PRIDE program through K-State, Norton has participated in th...Continue Reading 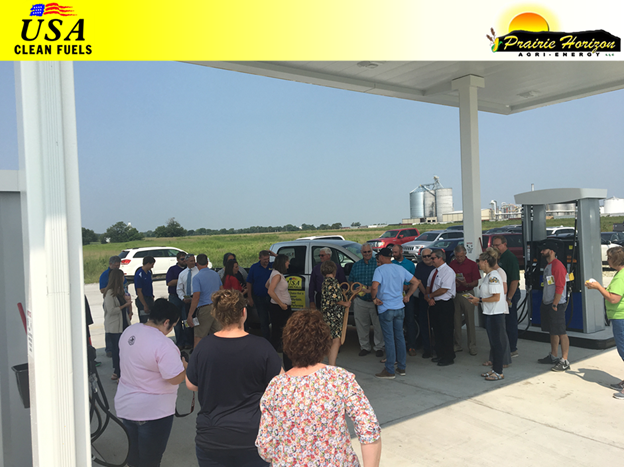