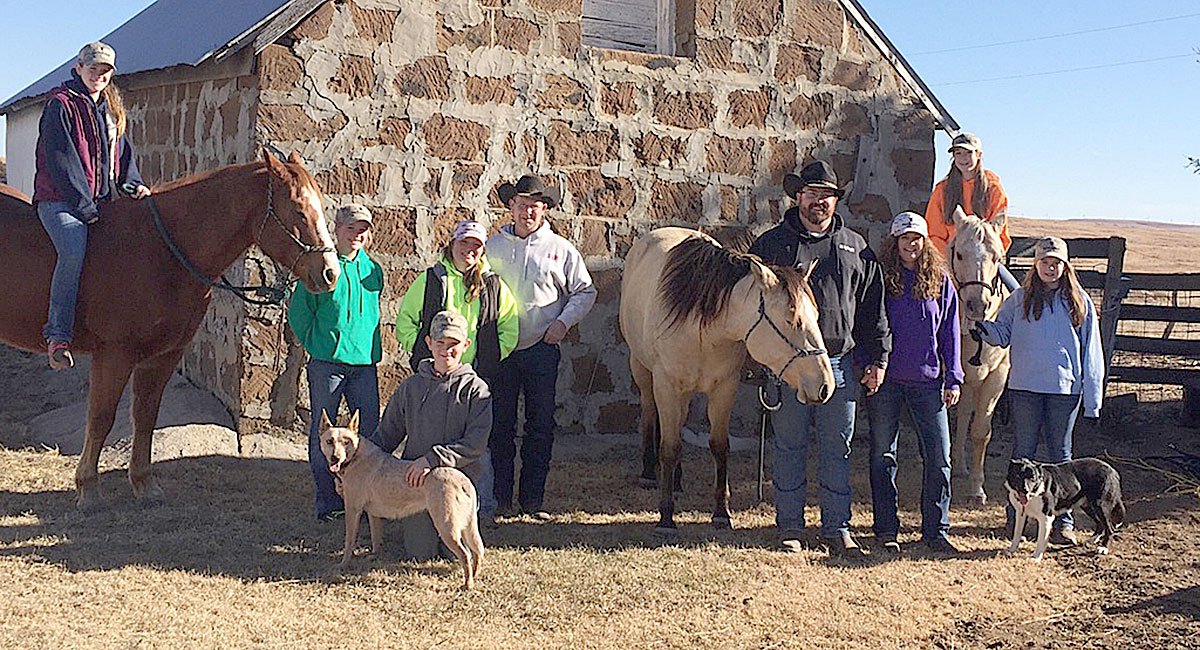 This article was written by Hailey Dixon for the Lincoln Sentinel and can be found here.

Approximately three miles southwest of Sylvan Grove is the home of Ringler Ranch, where Post Rock Beef is operated by Justin Ringler and Shawn Elder, with their families.

Post Rock Beef was born out of the friendship, Elder said.

“We both got the same ideas,” Elder said. “If he doesn’t think of it first, I do, and vice versa.

It’s easy working with him. … [We are] pretty much family.”

The business was started approximately in 2010, Ringler said, after inspiration from a friend of Ringler and Elder who runs a similar business in Wyoming.

“The biggest thing is the family,” Elder said. “My family is involved with it; my kids are and they show cattle.”

Ringler, a Lincoln County native, graduated from K-State with a degree in animal science and a minor in agronomy. He then finished a master’s degree in agribusiness. After this, he returned to the farm in Lincoln County in 2003, he said. Ringler is married to Angie, a preschool teacher at USD 298.

In 2016, Ringler and Elder decided to start selling beef. Ringler said a large amount of beef was sold in January 2016 after trips to other areas of Kansas and Kansas City, as well as visits to Arkansas, Missouri, Oklahoma, Tennessee and Texas.

“That was our big kick-off,” Ringler said.

A website was started for the business, and Ringler began selling beef through it. Ringler, who is a veteran of the Marines, said his friend from the Marines with LockLeed International—a veteran-centered job agency—is allowing him to use an IT person to help with the website, design and promotions.

“We’re proud of that,” Ringler said.

He said Post Rock is attempting to work with business entities on giving beef bonuses for employees.

Post Rock Beef raises its own beef, and does not add steroids or antibiotics, Ringler said. The cattle are fed milo.

Ringler said one his favorite aspects about working within the beef industry is teaching people how to cook and work with various cuts of beef.

“I guess I really enjoy cooking at the different events and getting to know new customers,” he said.

“Initially, I was out and about doing some programming efforts just through K-State, and had an opportunity to meet Justin as a cattle producer,” Simon said.

Simon said after meeting Ringler about a year and a half ago, he conducted research about Post Rock Beef, and found it as a “great opportunity.”

“At the end of the day, it’s all about the product,” Simon said. “I know Justin was big on that. … They want to educate first.”

Simon said he is glad north-central Kansas is home to Post Rock Beef.

“They are doing a great job with those efforts, and we are sure glad to have them and all the producers in the territory,” he said. 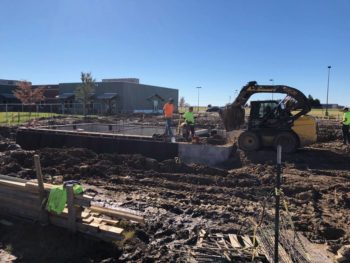 Oct 22 2018
This story first appeared on the Rooks County website and can be found here. A groundbreaking ceremony for Rooks County Health Center’s (RCH) new Rehabilitation Center was held at 10:00 a.m., Tuesday, July 17 at the RCH facility just north of Plainville.The nearly 11,000 square foot addition will house all o...Continue Reading 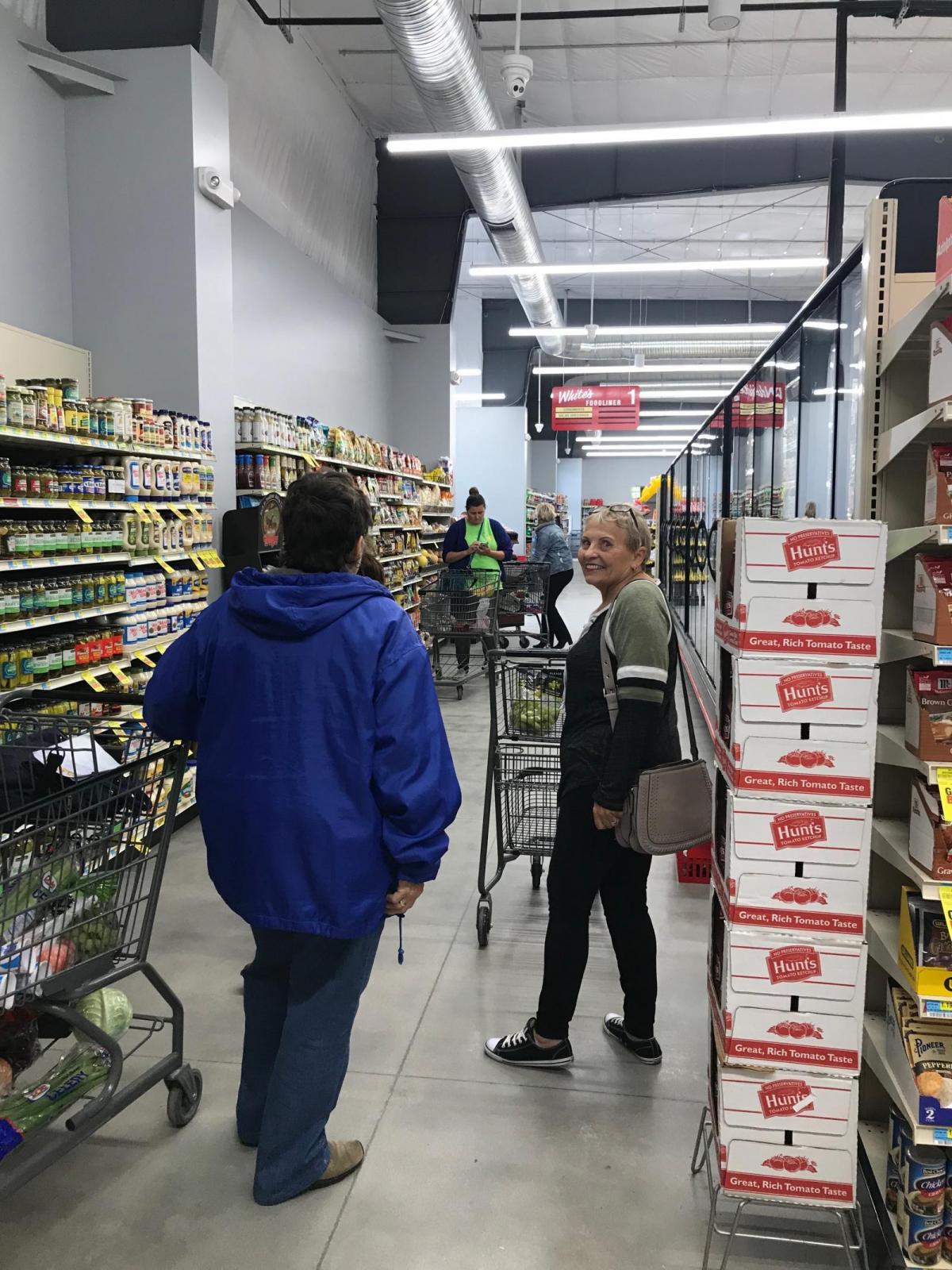 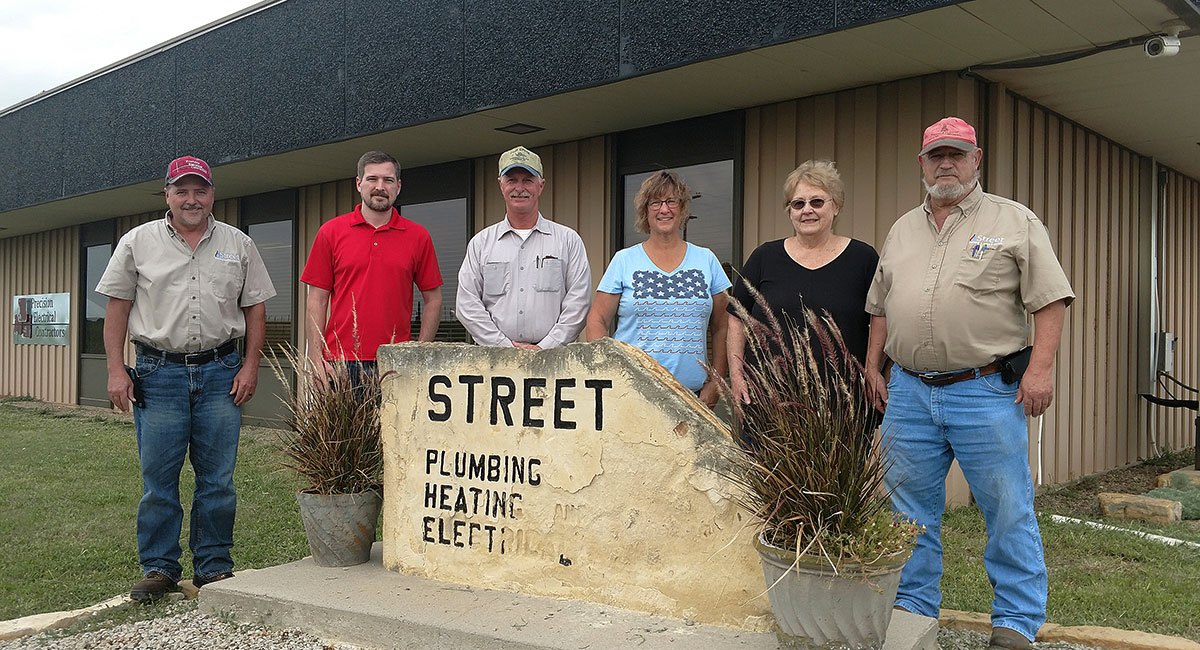 Oct 22 2018
This story was written by Kris Heinze for the Lincoln Sentinel and can be found online here. R&R Street Plumbing, Heating and Electric, Inc., 2009 E. Hwy 18, announced in a press release the acquisition of Deep Creek Construction, L.L.C., owned by Kirk and Susan Wollesen of Lincoln. As part of th...Continue Reading